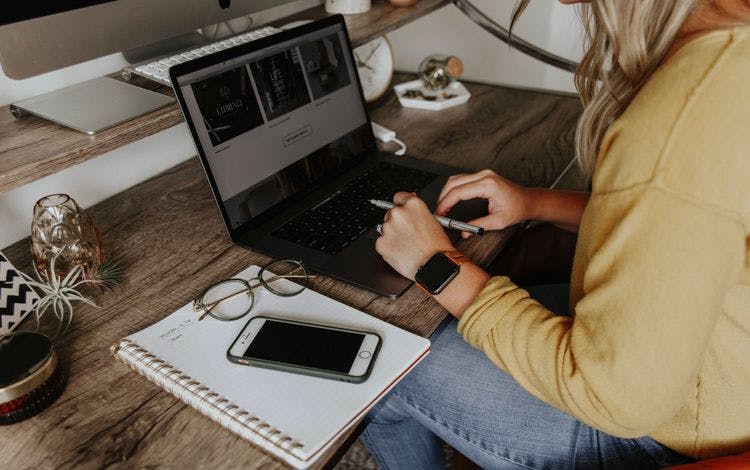 How Remote Work is Changing America

Only U.S.-Based Businesses are Eligible. No startups

Increasingly, many of the nation's largest and most populous cities have become nearly unaffordable for numerous Americans. New York, Los Angeles, and Seattle for example are seeing housing costs that are far beyond what many can manage. Within the past decade, we've been seeing a trend in which a lot of young professionals especially are moving to smaller metro hubs, such that offer a lot more bang for the buck. This trend is aligning with a shift in workplace mentality—that is to say, as more and more people work from home or some other such flex space, the smaller urban areas are quickly starting to be the "place" to live.

In light of recent events, remote work and telecommuting are becoming even more so the norm. Huge companies such as Facebook and Twitter have announced that they plan to implement even more remote work jobs as well as transform existing roles into work from home opportunities. This means that the changing landscape of America's cities is poised to change all the more—with hubs that perhaps weren't among the top urban draws once upon a time now becoming many people's first choice. Numerous experts see this change as a positive one, as cities that perhaps were struggling are bound to witness a rebirth of sorts.

Not to mention, the tech sector stands to gain as well from this shift. Dealing with high costs, they now might be in a position to gain momentum. The big tech sector grew up of course on the west coast. Since that time, tech companies have clustered in five major urban hubs which include: San Francisco, Boston, Seattle, San Jose, and San Diego. These account for 90% of the growth in that industry. This has in some senses caused much of the country's wealth to be concentrated in these coastal regions—leaving areas such as the South and Midwest struggling. Such an imbalance overall is not good for the country moving forward.

What happens is that because these are among the wealthiest cities and homes of the headquarters of the world's biggest companies (i.e. Google, Facebook, and Twitter/), young people are finding it nearly impossible to locate housing they can afford in those regions. This can lead to major socialeconomic issues for such cities. And in the end, the cities are gradually becoming places that people are looking to stay away from.

The rise of remote work is helping to mitigate this incredible imbalance among US cities. In some ways, it is easing pressure on the big cities while proving a boost for those smaller cities now emerging as top choices for those looking for affordability combined with that urban environment. Such smaller metro regions have already begun to see a definitive upswing. Places like Kansas City and Denver for example are growing as more and more young professionals and families looking to move into these areas. Experts also predict that not only the small urban regions but also some more rural towns and communities could start to see a boost as remote work becomes the standard. Telework can be done anywhere, and so there are going to be those professionals who do prefer a quiet sleepy town—as long as there is good broadband.

Twitter has in some ways taken the lead, making the most definitive decisions in terms of the remote work revolution. The CEO declared that employees have the option now of working remotely indefinitely. As long as their role allows for it, the Twitter head explained that they fully support a distributed workforce and will do what is necessary to keep this going over the long term.

Another company, Square, announced a very similar policy a few weeks ago (Square is also helmed by Twitter's CEO/). Mark Zuckerberg said that he foresees about half of Facebook's employees working from home over the next five to ten years. His goal is to become the leader when it comes to the shift to remote work for a company of Facebook's size.

Some of the biggest names in the tech industry though are not as eager to completely shift to a flexible working arrangement. Google, for example, having just opened a new headquarters in San Jose, has instituted a work from home plan through 2020. However, the CEO informed that in-office work and face to face interactions were still going to be a big part of Google's game plan moving forward. Apple also began to bring back numerous employees to its California based headquarters.

A recent study determined that about half of all current US jobs could be done remotely. Many see the shift to working from home to be the defining mindset in the next decade, as several fairly big companies seem to be following Twitter's lead. Even if the shift is gradual, it still means a tremendous amount for those smaller previously struggling cities that are now experiencing something of a resurgence. Of course, the big cities are not going to fade into obscurity. That said, an economic and population boost to small regions is going to be huge—especially now given what we've just experienced. We're seeing tens of thousands of now remote workers relocating to these more affordable spots. And that is truly a win-win all the way around.

First Union Lending is here to help! We've been working with smaller businesses throughout the past few months, trying to help them stay afloat so that they can come out of this strong. Our loan programs truly are fast and flexible—some receive the money within two days. From short term loans to lines of credit among many other financial solutions, we can get you the funding you need ASAP. Even if your credit score is on the lower side, it is likely we still have a product suited to your business. Call today and let's get started on this journey together!