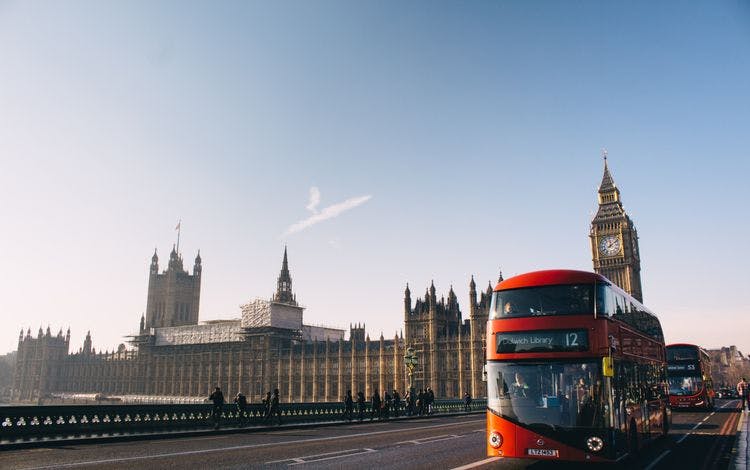 Are Small Companies Missing Out on the Bounce Back Loans?

Only U.S.-Based Businesses are Eligible

Much as the US has done with the PPP, the UK is also offering a plan to help small firms in need during this crisis. England's Bounce Back loan program offers up to 50,000 to companies in need as they wait out the pandemic. The government is guaranteeing the loans to help encourage the banks to more readily lend money to those organizations that require it the most. However, as with the US program, there have been issues with this bounce back program since its inception.

As of now, most companies can apply but preference is given to those with fewer than ten employees. The business also has to have been financially stable up to December of 2019. The loan program extends over 6 years, with the UK government covering all interest and fees on the loan over the first year. In theory, it is a solid plan to help bail out England's smaller firms as the pandemic wages on. But there are oversights and hiccups, unfortunately, that is making it so that the small companies who truly need the funds are potentially missing out.

Some of the More Glaring Problems of the Bounce Back Plan

Thus far the government has only granted eight banking groups the right to take such applications. One of the more serious problems, therefore, becomes the fact that those banks are foremost inclined to deal with already existing customers. This in turn effectively leaves out many small businesses who have not previously partnered with any of the authorized banks. They are in essence locked out of the program. Some of the bigger lenders such as HSBC and RBS are taking in applications for emergency loans, but by and large, even with these groups, the priority is still on dealing with current customers only.

Among the other lending institutions authorized to participate in the bounce back program: Barclays, Lloyds, and Santander. For small firms who do not have current accounts with any of the aforementioned banking groups, their access to affordable government-backed loans is severely restricted—many will have to wait weeks if not months. The question thus becomes, can they make it that long…

Why so few accredited lenders? This is a question that many are asking their government. Because the UK government in conjunction with the British Business Bank granted only a limited number of banking groups the authority to issue these loans, it's not only the fact that the lenders cannot lend externally, many such lenders are also feeling increased pressure from their clients as the competition for available funds tightens.

Many experts are suggesting that the UK government work in tandem with the banking industry as a whole to ensure that the bounce-back plan does what it needs to do: help small companies survive during a crisis. This may mean expediting the accreditation process for new banks to get in on it; not to mention, opening it up to non-traditional lenders such as fintech firms.

The loan program capped at 50,000 offers an interest rate of 2.5%. Since it began, there have been nearly 200k applicants. And they've since loaned out more than 1 billion. The British Business Bank is in charge of accrediting lenders. They have reportedly opened it up to all CBILS lenders, but it remains to be seen how many are actually on track to become authorized to participate in this scheme. A spokesperson for the BBB said that they are on pace to try and accelerate the accreditation process to get more lenders participating in the immediate future.

One of the problems faced as a result of the coronavirus is that the BBB is short-staffed when it comes to accreditation matters. While they only had two employees working on this at the start of the pandemic, that number has since jumped to 25, and yet it still doesn't seem to be nearly enough to get this all done in the most expeditious manner possible, and thereby get small firms funded ASAP.

And even with those already accredited lenders, problems seem to be arising almost daily in terms of the bounce back loan program. From issues with online application submission to glitches as far as what is required with the application itself, many who have applied are complaining about the effectiveness of the process in place—such problems that hold up the money they so desperately need at the moment.

What has the feedback been like in the UK regarding how this scheme has worked thus far and what it stands to enact moving forward…Some business owners are quite pleased with how it's been working to date. They were able to submit an online application and received the money promptly. Others, however, have been told that missing forms and signatures are standing in the way of their loan being granted. And some are frustrated by the lack of online efficiency and support overall. Moving forward almost all agree that there should be full transparency. Application details need to be made available to include information on approvals and rejections. It needs to be consistently updated and checked for accuracy. How the bounce back program ultimately plays out remains to be seen, but according to many experts, if they can fix the glitches and get more lenders accredited it should certainly be a boon to the UK economy.

First Union Lending is here to help. We have seen numerous small businesses across many industries be able to bounce back as a result of a business loan. Especially now, it is so imperative that you get the cash you need to weather this particular storm. We offer short term loans, lines of credit, and merchant cash advances among other such products. Every business loan program is custom-tailored to suit your individual needs. We would love to see how we can help. Call today and let's get started together!